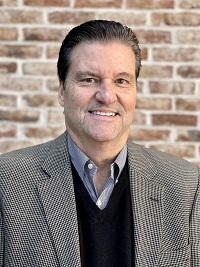 I came to USCB in January 2012 as an Adjunct in the newly formed Communication Studies program. I joined the faculty as a Visiting Assistant Professor in August 2013 and was promoted to the tenure-track position of Assistant Professor in January 2014. I was appointed Program Coordinator for Communication Studies in 2018 and was promoted to the position of Associate Professor with Tenure in August 2020.

My areas of specialization are sustainability of journalism, media law, and integrated communications/public relations. I created courses in communication law, multi-platform writing, and public relations for the Communication Studies program and teach several lower-and upper-level courses across the discipline’s curriculum.

A native of Wilmington, OH, I earned a bachelor’s degree in Journalism from Ohio University in 1981 and spent more than a decade as a newspaper and magazine journalist. I went on to forge a successful career in integrated communications with two of the Southeast’s largest resort and real estate development companies and also served as a consultant to a variety of resort, real estate, and golf-related clients.

I returned to academia in 2006, earning a master’s degree and a Ph.D. in Mass Communication from the University of South Carolina. During my tenure at USCB, I have chaired or been a member of several committees, including the university’s Courses and Curricula Committee and the Campus Renewal Planning/Facilities Advisory Committee.

My wife (Sara Johnson Borton) and I are longtime residents of the Lowcountry. We have three sons – Jarrett, Ian, and Evan – and one granddaughter, Ariana.