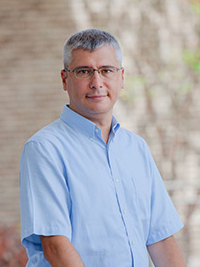 I began my academic career as a graduate student involved in educational research from 1999 to 2004 at Penn State. In 2003, I worked with Penn State’s College Assistance Migrant Program teaching calculus to the children of migrant workers. In 2005, I moved to the Charlotte Mecklenburg, NC, school district where I became a substitute teacher. I was appointed as a mathematics teacher for grades nine through 12 at the district’s Philip O. Berry Academy of Technology in Charlotte later that year and in 2008, I was named department chair. I went on to join the faculty of The University of North Carolina at Charlotte as a Visiting Lecturer and Teacher-in-Residence in the Department of Mathematics and Statistics in 2010. I was later appointed Assistant Professor of Mathematics Education at Virginia Commonwealth University in 2011.

My current research examines learning processes involved in the co-evolution of problem-solving and problem-posing in mathematics. I have presented my research at the annual meetings of NCTM, AERA, PME, and PME-NA.

PhD in Curriculum and Instruction/Mathematics Education. University of North Carolina at Charlotte 2011