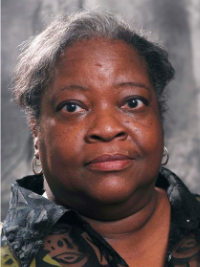 I am an Associate Professor of Literacy in the Department of Education at the University of South Carolina Beaufort. My area of academic interest involves working with school districts to evaluate and improve reading achievement scores of students in K-8 classrooms. Specifically, this entails improving literacy rates for minority students through fluency, culturally relevant literacy practices, and studying the history of reading in African-American schools.

I received a BS in Psychology at the Illinois Institute of Technology in Chicago in 1975. I earned a Reading Certification, K-12, at the Clayton County Schools/West Georgia College Collaborative Cohort – Reading Certification Program in 1996. Two years later, I earned an MEd in Early Childhood Education at Emory University’s Division of Educational Studies. In 2001, I received a Leadership Certification in Instructional Supervision at the West Georgia College and University in Carrollton. In 2005, I earned a PhD with a concentration in Literacy at Emory’s Division of Educational Studies, Curriculum and Instruction.

I entered the field of education as a first and third grade teacher at the Capitol View Elementary School in Atlanta in 1991. In 1993, I moved to the Morrow Elementary School in Clayton County, Georgia, as a first and second grade teacher. In 1997, I was named the Special Instructional Assistance Lead Teacher at the Morrow School. In this position, I was responsible for implementing a reading program for struggling K-2 students. I was promoted again, in 1999, to Instructional Technology Specialist/Instructional Lead Teacher at the Morrow School. I supervised implementation and technology integration for K-5 students in an experimental In-Tech program.

In 2002, I was appointed Federal Program Grants Lead Teacher in the District Office in Clayton County. I was responsible for coordinating Title I, II, III and IV programs.

In 1998, while still affiliated with Morrow Elementary School, I joined the Clinical Field Faculty at Emory University. From 1998 to 2005, I held several faculty positions at Emory before accepting an appointment as an Assistant Professor of Literacy at Mississippi State University in east central Mississippi.

I am an author of seven articles in scholarly academic journals reaching international, national and regional audiences. In addition, I have penned two book reviews and one conference paper. I have delivered presentations at 15 academic conferences throughout the U.S. and in Canada, and participated in six workshops in the Southeast.

I have an extensive background of community service. I have participated in multiple reading projects and initiatives, particularly for early-grade students. In 2012, for instance, I created the training manual and trained more than 100 tutors involved in the United Way Early Grades Reading Initiative. For several years, I played an active role in the Read Across America initiative and in Family Literacy Workshops.

I received the 2013 Faculty Service Learning Award bestowed by USCB. I was named the 2014 Woman of the Year by the United Way of the Lowcountry Women’s Leadership Council. And, in 2015, the Jasper County School District named me its Woman of the Year.