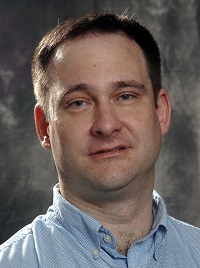 I am an Associate Professor of Spanish in the Department of Humanities and Social Sciences at USCB.

As an undergraduate, I studied abroad in Salamanca, Spain, and in Puebla, Mexico. While working on my Ph.D., I participated in a short, educational program in Nicaragua organized by Global Exchange, a U.S. human rights group and non-profit. I have also traveled to Cuba with a U.S. human rights organization.

I have published articles and presented papers at multiple conferences in the United States and in Latin America. My current research focuses on post-Soviet Cuban narrative and representations of gay subjectivity in Spanish-American literary texts.

I teach Spanish language courses and seminars on Spanish-American culture and literature. I have also served as the advisor to the USCB Spanish Club.

PhD in Spanish. The Catholic University of America 2007

MA in Spanish. The University of Maryland 1997